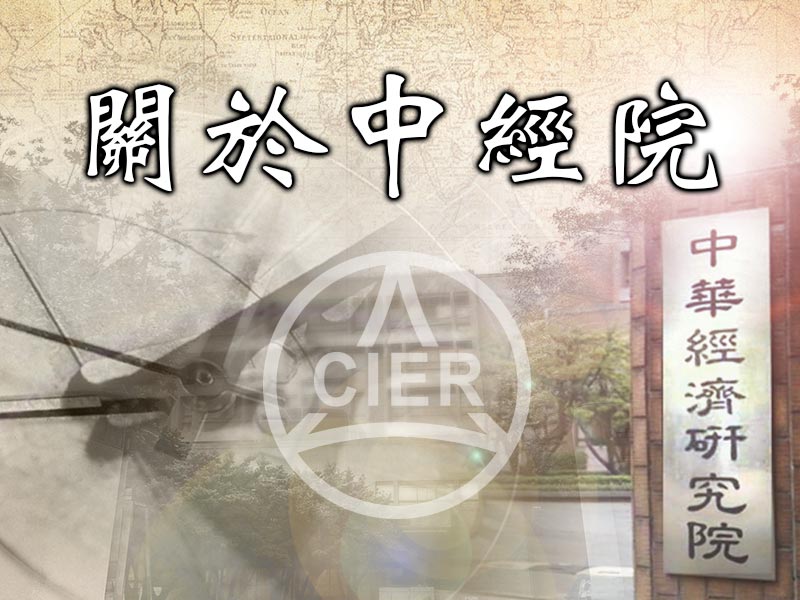 In January 1979, diplomatic relations between the Republic of China (R.O.C.) and the United States were severed. In response to this sudden change and with its goal being to ensure stable economic development and further growth, the Central Government of R.O.C. drew up the crucial "Measures for Financial and Economic Reforms." Among other things, it proposed the establishment of an independent research institution, a legal entity with participation of academics and experts from both here and abroad, to undertake the task of studying the domestic and international economic situation and to offer policy recommendations to the government. The "Chung-Hua Institution for Economic Research" (CIER) was established on July 1, 1981, under the guidance and planning of the Council for Economic Planning and Development (CEPD), entrusted by the Executive Yuan.

In line with the regulations specified in the "Establishment Guidelines for the Chung-Hua Institution for Economic Research," CIER was founded with an establishment fund totaling NT$1 billion, with NT$900 million coming from the Central Government and the ROC-US Economic and Social Development Fund, and the remaining NT$100 million from private donors.